Networks, in general, are being redesigned and moved around to different frequencies to free up space for upcoming 5G technologies. Examples of this fact are the 2G and 3G networks, which are slowly being switched off and replaced by the below-mentioned standards globally for several reasons, such as diversification and suitability of its currently "occupied" frequency.

As a prime example of this happening is an inability to use Truma iNet Box or Thitronik Pro-finder devices in some countries, which can be then controlled only via Bluetooth. For those of you who have become accustomed to a comfort of remote control of your Truma Combi or Alde heaters from a distance, we offer a great opportunity to upgrade to the next level and add much more functions at the same time. With us you also don't have to sign up into any cloud without a need of having WiFi or fast LTE connection available in your smartphone when you even want only to launch your control app in Bluetooth mode, as it is for instance the case of Truma iNet X panel.

The future-proof technology we use in our device is so called NB-IoT (or Narrowband Internet of Things). It represents an evolution of the data radio technology aiming to reserve a specific frequency frame and provide a stable, global availability mainly for a wide range of low power cellular devices, also known as LPWA (Low-Power Wide-Area) network.

We care about the privacy of our customers and that is why our data exchange model completely differs from common standards. Every on-board unit plays a role of server instead of client than usual. CaraControl users always communicate with particular RVs directly. Commands are transported to the on-board unit and back via encrypted VPN (Virtual Private Network) tunnel without any need of registration and signing up into cloud infrastructure. The users' data are then stored only inside their privately held devices and thus CaraControl's cloud-free patented technology is fully GDPR compliant. The whole connection concept is also hacker-proof, because the communication happens isolated from public internet.

As our customer, you will have the advantage of utilizing our system in the countries shown on the map with a singular price. 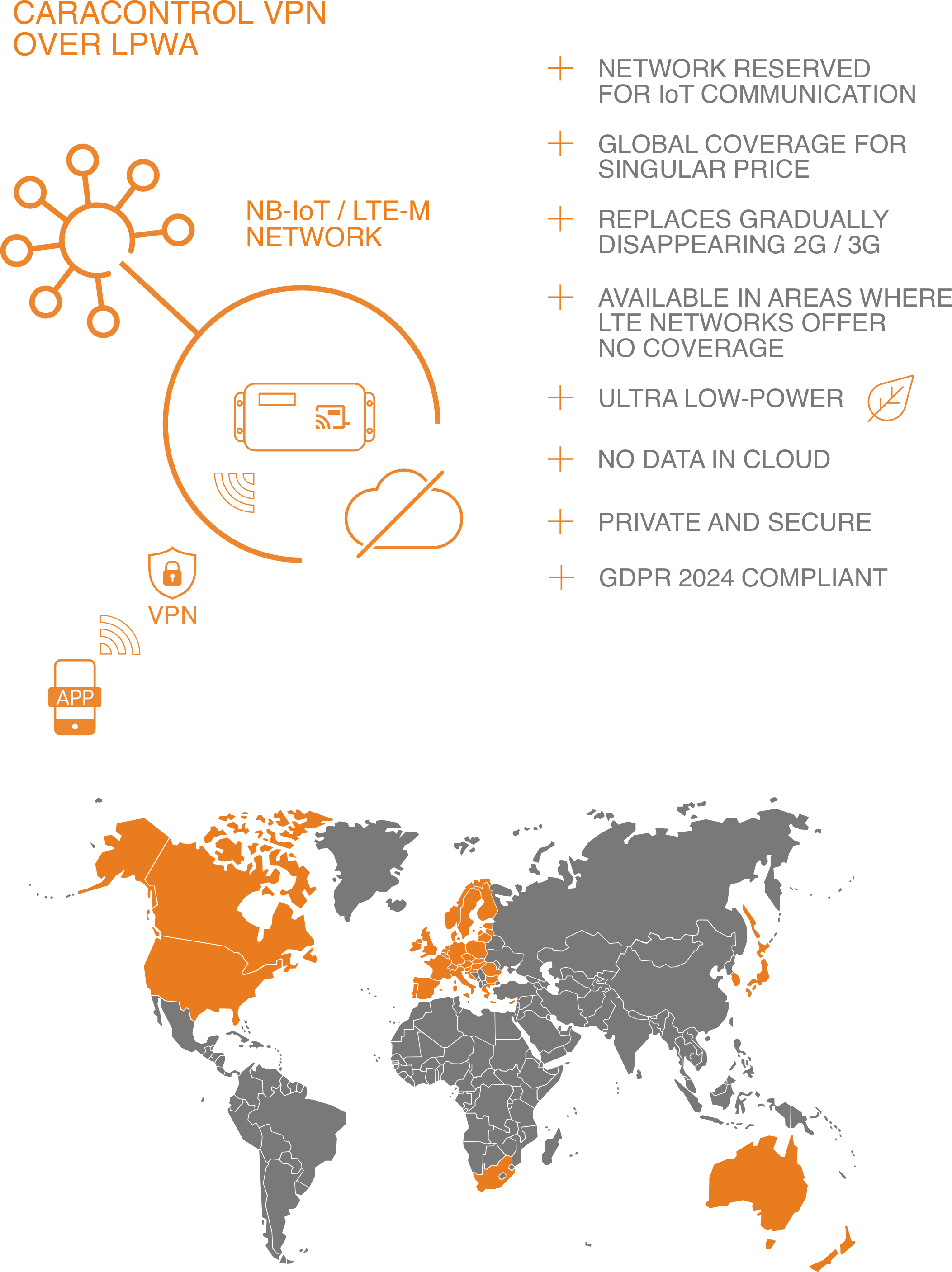